If you're looking at different ride-on mowers, one of the first things you're going to have to decide is whether you want a mulch mower, which collects the cut grass in a bag, or a discharge mower, which spews all cut grass outwards as soon as it is cut.

No worries about the spray

Probably the most compelling reason to opt for a rear discharge mower is that you'll be able to mow alongside obstructions. After all, the grass trimmings will be sprayed out behind you; it's pretty much impossible for those trimmings to hit any walls or ornaments since you would have needed to mow straight through them! With a side discharge mower, this isn't the case. You'll have to be careful about mowing near your house, fencing, pond or other obstructions since the side discharge pipe can blow grass trimmings in their direction. This will often mean needing to make a few manoeuvres to ensure that the discharge pipe is pointing away from them instead of towards them. As well as taking up more time, this will push up your fuel costs.

When you use a rear discharge ride-on mower, life is relatively simple. You can simply ride up and down to cover the lawn evenly. This is something that you can technically still do with a side discharge mower; the problem is that you might find yourself having to go over uncut grass that has already been covered in trimmings from the grass next to it. That makes achieving a clean cut a lot harder. 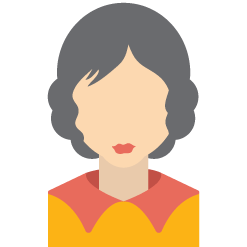 Hello! My name is Candice. I adore gardening. I find it peaceful, inspiring, entertaining and best of all, it produces yummy food. There's not many hobbies that do that. I am also interested in landscaping, and I love integrating veg gardens and fruit trees with more traditional landscaping strategies. In this blog, I hope to share a range of landscaping ideas. My ultimate goal is to inspire people to create landscapes that are lively, lovely and luxurious. Please look around, and if you like my posts, share them on your Facebook page or Twitter account. I wish you the best on your landscaping journey.